Radical Chic and the Hoi Polloi.. 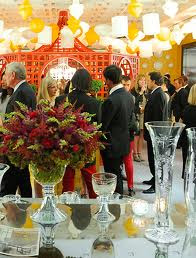 It is always refreshing when one comes across an article that demonstrates and explains a little more than one can come up with. Not for the want of not trying, but just a better understanding of the situation. It is a serious condition and one that we all know is blatant and brazen as well as visually obvious but only a few would witness it. These are those people who want to pre-determine the lives of others while nimbly sipping their dry martinis with a touch of extra vermouth. They mingle with those wannabees and their fallow, pro-contemptious individuals, where the world according to those do not include anything requiring menial labour or carrying their own groceries to the car.

You’re seeing these sad people everywhere these days, especially in large East-and West-Coast urban areas and on college campuses. At parties they alternate between a melancholy, far-away wistfulness and a muttering “why me?”-belligerence. They’re touchy and quick to blame others, and they seem to suffer from night sweats and vague feelings of persecution. Their symptoms worsened suddenly a few days ago when it was announced that Paul Ryan would be joining the Romney ticket as candidate for vice president.
These people are not conservatives. It’s not clear that they’re liberals, exactly, either, though in recent history they have, as it were, caucused with liberals, that is to say, with people who identify themselves as liberals (never mind how illiberal their policies and sentiments happen to be). Above all, however, they are part of the tout le monde: the people who think of themselves as being on the right side of history (corollary belief: they think history has sides and a direction). They go to the right cocktail parties. They have “advanced” (i.e., establishment) attitudes about art, culture, and morals. They are part of that group Harold Rosenberg memorably denominated “the herd of independent minds.”
Tom Wolfe exposed an extreme version of this cohort in his essay on the Black Panthers hosted by Leonard Bernstein in his elegant New York apartment. Wolfe contributed the term “radical chic” to the language to describe the Bernsteins and their wide-eyed guests. What we’re dealing with here is not quite radical (though Obama may in fact be plenty radical himself, the semi-beautiful people who support him are not), nor is it wholly chic. It is a sort of “consensus chic,” though I appreciate the aroma of contradiction the phrase communicates, since that which is genuinely chic exists self-consciously apart from the consensus of hoi polloi.


First time around, these people voted for Obama, giving themselves a little frisson of self-satisfaction when they pulled the lever and, even more, when the emitted condescension about anyone who happened to vote for John McCain — they didn’t encounter such people often, but it always gave them a little thrill of self-satisfaction when they did. It wasn’t long, however, before doubts began to accumulate. The seas didn’t subside, as promised, nor did the unemployment figures. By now, they’re thoroughly depressed. Their man has clearly let them down, and the inadvertent comedy of Joe Biden screaming that Republicans are going to “put y’all back in chains” isn’t helping. Even worse is the news that team R&R, the Romney-Ryan express, is surging among young voters.