Gillard Has to GO.. 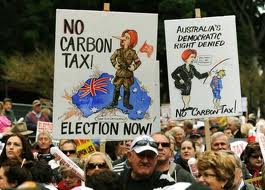 It truly is way beyond comprehension as to why the left wing lunatics in the Australian Labour Party would introduce a policy that is responsible for killing people when they falsely assume that they are doing a "good" thing by doing so. They salve their conscience with this level of stupidity and claim it to be "HUMANE". This is precisely how those lunatics think.

They have nothing but their "victimhood" thought processes to rely on. Any effort at being practical or morally responsible escapes their tiny inept minds. They have already murdered four people with their "Pink Batts" screw up where they thought it would be a "great" idea to install pink batts in houses but once again had nothing practical in mind to regulate the installers. Even though they were told previously, one year prior, that steps should be taken to ensure the safety of the home owners. But did they listen, absolutely NOT. Gillard is now responsible for those deaths (four) as well as the deaths of over 800(estimated) boat people who pursued an illegal route to force the Australia people via Gillard government policies to house and except them as artificial refugees.

Those people are not refugees, they are country shoppers and looking for the best place to live and to enjoy the social benefits of that country at no cost to themselves. They were not part of the population who have paid the taxes to install it. They are just free loaders taking advantage of Labour's stupidity and their moronic feel-good policies which has and will cost Australia over $ 1,000,000,000.00 (One Billion Dollars) per year to finance.

Meanwhile the carbon tax is costing the population hundreds of dollars extra, while pensioners turns off their power to save money. Companies are refusing to invest and are going bankrupt or leaving Australia as the cost is just too great to survive in business. NO BUSINESS, NO WORK. Those incapacitated lunatics have not worked that out yet as they continue on their path of annihilation at the next election. They are looking at 30 seats in a parliament of a 150 members at the next election which demonstrates how far removed they are from the Australia people. Some say even less as the majority of the current government ministers will go the way of the DODO, and rightfully so. Their left wing lunatic policies and cow-towing (sic) to the Marxist Greenies have forced them to

Now tell me that this is the action of sane and practical minds, better still, don't even bother as the answer is just way too obvious.