Get Lost: Mann and the Mythical Hockey Shtick. 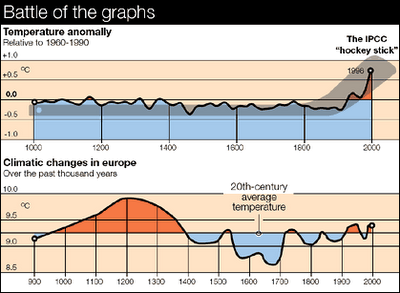 Mann is somewhat upset that someone has actually questioned his manipulation of the facts regarding the Global Warming Hoax, he is ofcourse one of the prime movers of the hysterics pertaining to that. No one should have the temerity to question as scientist of his "calibre", as he is all seeing and all knowing, and science in his view should not be questioned by anyone except the followers of the great AGW hoax. Just to keep the faith and ensure those billions keep rolling in.

The fact that scientists like Mann, Jones and others have continually discouraged, threatened and banned other scientists who have opposing views, appears to be an irrelevance. This is not how science should be encouraged or pursued but it is what they have blatantly done. Check the emails exposed from the UEA releases and read for yourself how these manipulators have conned the public especially when they could not explain why is was so cold. Best thing to do is to hide it and deny it's existence, which is exactly what they did. Snake oil salesman does not even come near to explaining their dishonest and blatantly illegal behaviour. Illegal, because they have used public funding to manipulate the facts. 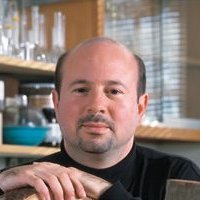 How dare anyone question Mann and the suspicious hockey stick, which has been completely destroyed by the facts. So now he is suing those that want to expose him.

My response to Michael Mann.


So, as you might have heard, Michael Mann of Climategate infamy is threatening to sue us.
Mann is upset — very, very upset — with this Mark Steyn Corner post, which had the temerity to call Mann’s hockey stick “fraudulent.” The Steyn post was mild compared with other things that have been said about the notorious hockey stick, and, in fact, it fell considerably short of an item about Mann published elsewhere that Steyn quoted in his post.

So why threaten to sue us? I rather suspect it is because the Steyn post was savagely witty and stung poor Michael. Possessing not an ounce of Steyn’s wit or eloquence, poor Michael didn’t try to engage him in a debate. He sent a laughably threatening letter and proceeded to write pathetically lame chest-thumping posts on his Facebook page. (Is it too much to ask that world-renowned climate scientists spend less time on Facebook?)
All of this is transparent nonsense, as our letter of response outlines.
In common polemical usage, “fraudulent” doesn’t mean honest-to-goodness criminal fraud. It means intellectually bogus and wrong. I consider Mann’s prospective lawsuit fraudulent. Uh-oh. I guess he now has another reason to sue us.
Usually, you don’t welcome a nuisance lawsuit, because it’s a nuisance. It consumes time. It costs money. But this is a different matter in light of one word: discovery.
If Mann sues us, the materials we will need to mount a full defense will be extremely wide-ranging. So if he files a complaint, we will be doing more than fighting a nuisance lawsuit; we will be embarking on a journalistic project of great interest to us and our readers.
And this is where you come in. If Mann goes through with it, we’re probably going to call on you to help fund our legal fight and our investigation of Mann through discovery. If it gets that far, we may eventually even want to hire a dedicated reporter to comb through the materials and regularly post stories on Mann.
My advice to poor Michael is to go away and bother someone else. If he doesn’t have the good sense to do that, we look forward to teaching him a thing or two about the law and about how free debate works in a free country.
He’s going to go to great trouble and expense to embark on a losing cause that will expose more of his methods and maneuverings to the world. In short, he risks making an ass of himself. But that hasn’t stopped him before.

Here is why Mann is suing the Review -(Ed)

141
In the wake of Louis Freeh’s report on Penn State’s complicity in serial rape, Rand Simberg writes of Unhappy Valley’s other scandal:

I’m referring to another cover up and whitewash that occurred there two years ago, before we learned how rotten and corrupt the culture at the university was. But now that we know how bad it was, perhaps it’s time that we revisit the Michael Mann affair, particularly given how much we’ve also learned about his and others’ hockey-stick deceptions since. Mann could be said to be the Jerry Sandusky of climate science, except that instead of molesting children, he has molested and tortured data in the service of politicized science that could have dire economic consequences for the nation and planet.

Not sure I’d have extended that metaphor all the way into the locker-room showers with quite the zeal Mr Simberg does, but he has a point. Michael Mann was the man behind the fraudulent climate-change “hockey-stick” graph, the very ringmaster of the tree-ring circus. And, when the East Anglia emails came out, Penn State felt obliged to “investigate” Professor Mann. Graham Spanier, the Penn State president forced to resign over Sandusky, was the same cove who investigated Mann. And, as with Sandusky and Paterno, the college declined to find one of its star names guilty of any wrongdoing.
If an institution is prepared to cover up systemic statutory rape of minors, what won’t it cover up? Whether or not he’s “the Jerry Sandusky of climate change”, he remains the Michael Mann of climate change, in part because his “investigation” by a deeply corrupt administration was a joke.