Debbie Wasserman Schultz Called Out on Medicare Lies by MSM


One only has to see the mouth move to witness a democrat, socialist, Marxist or communist telling an obvious lie. Wasserman is obviously no exception as this interview demonstrates. The liar states and obvious blatant lie and keeps repeating it over and over. What a moron. How is it possible to be so engrossed in the lying technique that one does not even recognise the truth when the hear it.


Watch how Wasserman gets cleaned up. It's embarrassing but it is a good example on how the MSM should be doing their job instead of promoting the left wing lunacy that most already do. The sad and obvious thing that they are trying to do is win the upcoming election and do that anyway they can. Just because they have to tell a few lies now and often, does not matter. They want Hussein back in the White House so that Marxist can keep trying to destroy one of the great countries of the world.

Ofcourse we cannot leave out the other delusional ranter either, they belong on the same team of professional story tellers and economists of the truth. 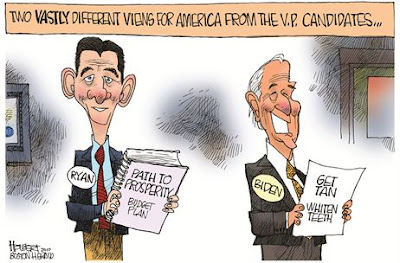 Unfortunately, it is now so overrun by Utopian experts who promise the earth and end up delivering misery and debt. They will lie every which way possible so they can continue of their destructive path. It is really a harrowing sight and one that was hopefully going to dissappear. But it appears that the Democrats just cannot resist their compulsive delusional POV.