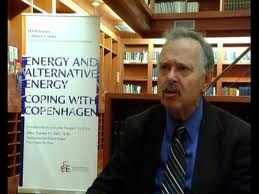 Fascinating how these AGW hysterians continually foul their own nest. Not is Muller not a skeptic and never was but know he is a marked man for being a compulsive liar.

Here we have it with his own words from his own mouth. Muller lies.

“If Al Gore reaches more people and convinces the world that global warming is real, even if he does it through exaggeration and distortion – which he does, but he’s very effective at it – then let him fly any plane he wants.” – Richard Muller, 2008

“There is a consensus that global warming is real. …it’s going to get much, much worse.” – Richard Muller, 2008

“Let me be clear. My own reading of the literature and study of paleoclimate suggests strongly that carbon dioxide from burning of fossil fuels will prove to be the greatest pollutant of human history. It is likely to have severe and detrimental effects on global climate.” – Richard Muller, 2003

Email ThisBlogThis!Share to TwitterShare to FacebookShare to Pinterest
Labels: BEST, Muller for AGW, Muller not a skeptic, Prof Richard Muller